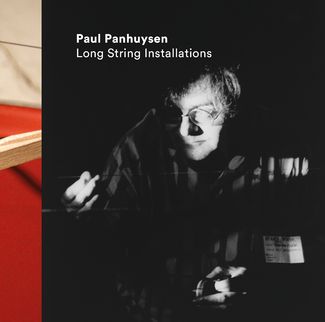 After two LPs in 2014 and 2017, Edition Telemark now turns to the group of works that is probably the most well-known within the vast oeuvre of Dutch sound and visual artist Paul Panhuysen (1934–2015): his long string installations. Using this term, he referred to all of his works involving strings and sounds. They were realized all around the world between 1982 and 2012 – until 1991 mostly together with Johan Goedhart –, each installation made specifically for the site where it was displayed.

Unlike other artists working with long strings around the same time, e.g. Ellen Fullman and Terry Fox, Panhuysen's strings were instruments or performative material only secondarily. Rather, his installations can be considered sculptural and sounding events in space, operating in between two lines of tradition, constructivism and situationism, that are evident also in many other parts of his oeuvre.

"Over 250 long string installations were made since 1982 and have produced a better understanding of what is happening in these works. The first information about what happens around us always depends on the perception and detection of our senses and is afterwards transformed, analyzed and interpreted by the brain. It has been a happy coincidence which has drawn my attention to this opportunity to integrate image and sound in the art of long string installations. [...] In daily life we try to understand what is happening primarily by visual and auditory perception. In art these two senses are mostly kept apart. In the long string installations, eyes and ears are equally important. This improves the understanding of reality and daily life." (from Panhuysen's preface to the book "Long Strings 1982–2011")

The first recordings of Panhuysen's long string installations were published in the 1980s, most famously on a 3-LP box set edited on Apollo Records in 1986.

This new 3-LP set includes solely unreleased recordings made between 1982 and 2012, with one recording added posthumously in 2017. It is presented in a triple gate-fold sleeve with printed inner sleeves containing liner notes by Rolf Sachsse and Stephan Wunderlich as well as various high-resolution photos. 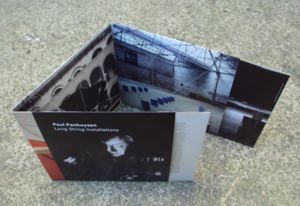 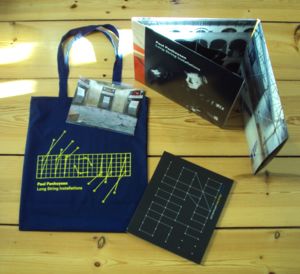