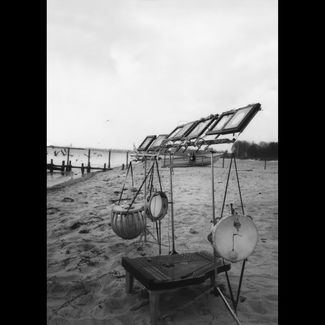 Solar Music by Joe Jones, performed and recorded early morning April 1, 1984, on the Baltic Sea beach of Sierksdorf in Schleswig-Holstein, Germany. This recording was originally published as a tape by Edition Hundertmark in an edition of 15 copies and later reissued as a CD by ? Records. The original tape edition included seven photo prints and a title page which were missing from the CD and are reproduced here for the first time.

Edition of 200 in gate-fold PVC sleeve. Right-hand side holds the LP, left-hand side holds a plastic bag with seven A5-sized photo prints on thick cardboard and the title page. Remastered sound. 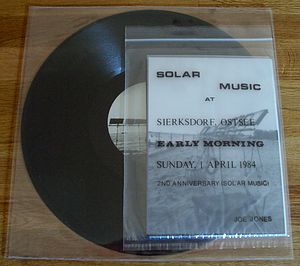 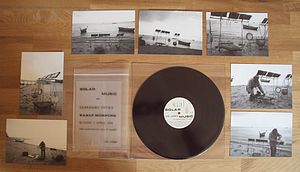