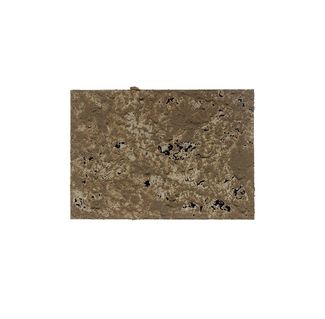 Thomas Müller: not a bird / transcarnation one

Thomas Müller (b. 1970 in Munich) is a Berlin-based video artist, experimental musician, painter, and photographer. For an exhibition in 2005, he burned three of his oil paintings and displayed the resulting pile of ashes as a sculpture entitled "three of my favourite pictures". These particular ashes were reused in new paintings, some of which have again been burned to produce further ashes for further paintings. Thus began a cycle of ash-based works entitled "not a bird", ranging from large canvas paintings to postcards, sometimes enriched with pigment. The paintings were used as source material for video installations and exhibitions, or simply burned to produce more ashes. Müller considers the process of burning and the resulting ashes as a means of transcendence and purification. For this reason, he only uses the ashes of objects related to himself.

This LP brings together "not a bird" and Müller's long-time preoccupation with Richard Wagner's Rheingold. The piece, originally conceived as a video, consists of countless layers of Rheingold recordings, with side A using the beginning of each recording and side B using the end of each. Side A plays outside-in, side B plays inside-out. The outer and inner sleeves show slightly enlarged facsimiles of four ash-painted postcards.

Regular edition of 250. Special numbered edition of 50 with a large hand-drilled off-center hole (diameter 27mm) for additional wobbling during playback and a small bag of original "not a bird" ashes to be scattered over the LP before playing. (Note: The special edition is not playable by regular means.) 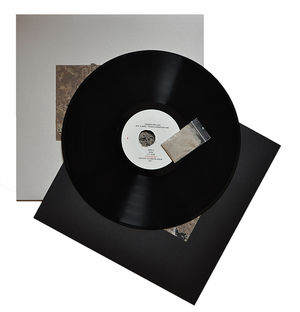 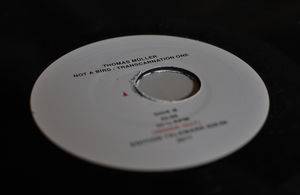 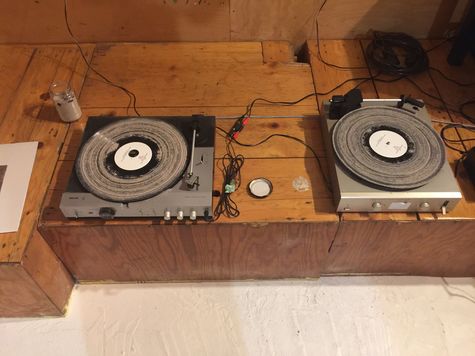